What it does:converts the turbos from sequential operation (#1 turbo first, then #1 and #2 together), to parallel operation (both turbos spool up together at the same time).

Why would I want to do this?

What are the drawbacks?Turbo lag is increased at low rpm. The lag is probably too much unless you have a downpipe (but you DO have a downpipe, right?!?) and a manual transmission.

Note:read entire procedure before starting (if you want to permanently wire your actuators open, you canskipdown to that part now).

Locate the AIC actuator on the top, left side of the engine, near the firewall. 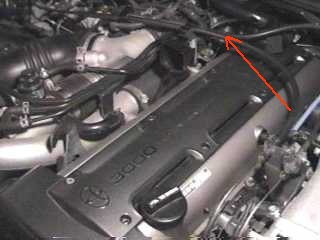 Remove vacuum hose from the top of the AIC actuator to the VSV, 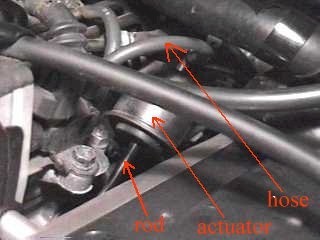 Cut the one foot long 1/8" vacuum hose that you bought into two pieces and plug into both ends of the check valve.
Cut the vacuum hoses so that the length matches the length of the stock hose.
Keep the stock hose in case you want to put back to sequential operation. 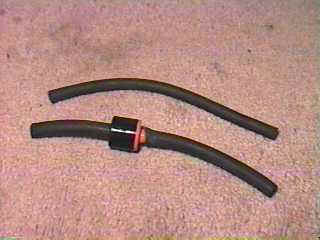 Install the check valve with the two hoses attached where the original vacuum hose was.
The orange part of the valve faces towards thefrontof the car: 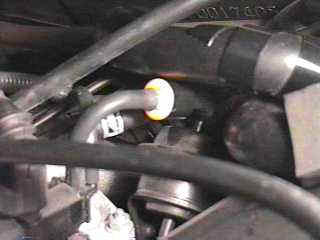 Locate the EGC actuator (about the size of a soda can), on the lower, passenger side of the engine.
Remove the intercooler piping that is just above the air box for easier access.
The hose is just behind the wastegate VSV.
Remove the hose that goes from the top of the EGC actuator to the EGC VSV: 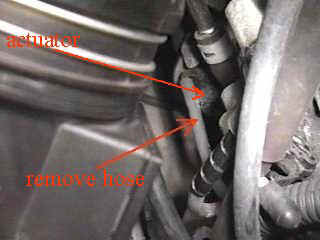 As above, cut the vacuum hose that you bought into two pieces and plug into both ends of the check valve,
matching the length of the stock hose. Install the check valve with the two hoses attached where the original vacuum hose was.
The orange part of the valve faces towards thefrontof the car: 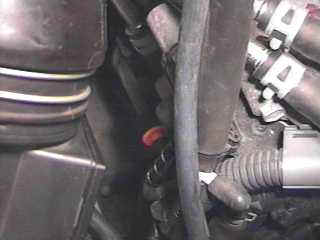 Take the car for a spin. Accelerate moderately to 5000 rpm a few times to make sure everything is working properly.

If you like the new powerband, you need to permantly wire the actuators open. Don't run more than a few days in this configuration, because it's easy for the check valve hoses to pop off (you might want to use hose clamps), closing one valve and leaving the other open, which is not good for the turbos. You will know if this happens if your 2nd turbo doesn't create any boost.

How to wire the actuators open:

Use a flat-blade screwdriver to push down on the hinge where the bottom of the actuator rod is connected.
Notice how the rod moves downwards, away from the actuator. 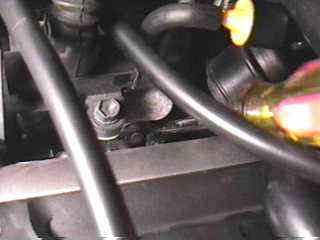 Close-ups of the rod attached to the actuator: 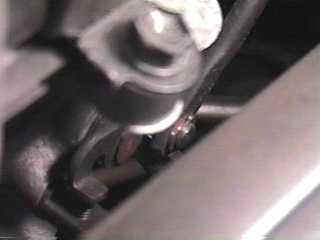 You may want to remove the C-clip to reduce the chance of your wire breaking under tension.
Wedge the screwdriver as shown to keep the actuator fully open in preparation for wiring: 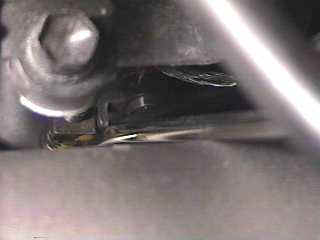 Wrap the wire around the actuator and the spring-loaded bracket as shown. Wrap several times, then tie a tight knot: 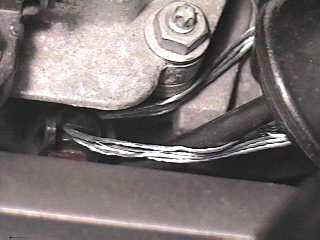 Bottom actuator:
The bottom actuator is somewhat a pain in the ass to get to. Jack up the passenger side of the car,
just behind the right front wheel. Remove four 10mm bolts than hold the plastic passenger-side engine cover.
Pull the cover down as shown, then bend in half so that its pointing towards the front of the car: 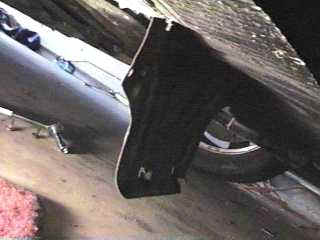 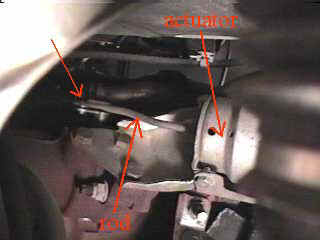 Remove the c clip at the end of the rod by pushing on both open ends with two screwdrivers. 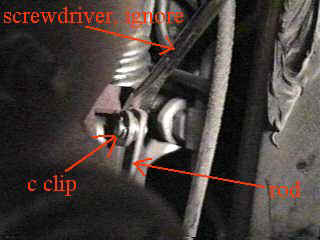 Detach the rod. Tie some wire thru the hole where the rod was previously attached.
Wrap the other end of the wire around something towards therearof the car, pull tight, and secure. 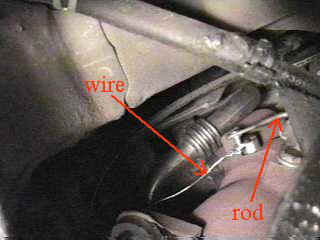 Take the car for a test drive. Enjoy!
Special thanks to Jason Tarnutzer and Jason Knippel.
×
Need help? We're available at940-222-5499 - Email us at[email protected] orlive help
to top